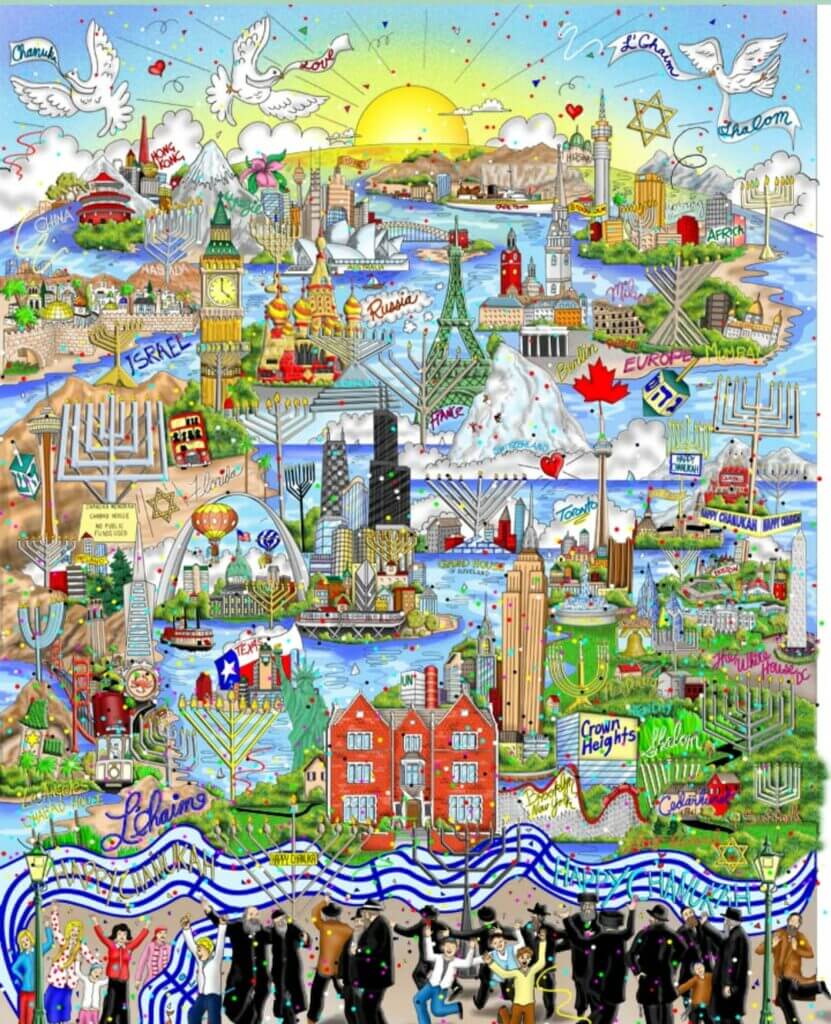 The Leviim Art Gallery is a beautiful art gallery located in Crown Heights, Brooklyn. We have hundreds of paintings featuring a cavalcade of Jewish art and works painted by Jewish artists. We are looking in the secondary market to buy famous artworks like Charles Fazzino for Cash. 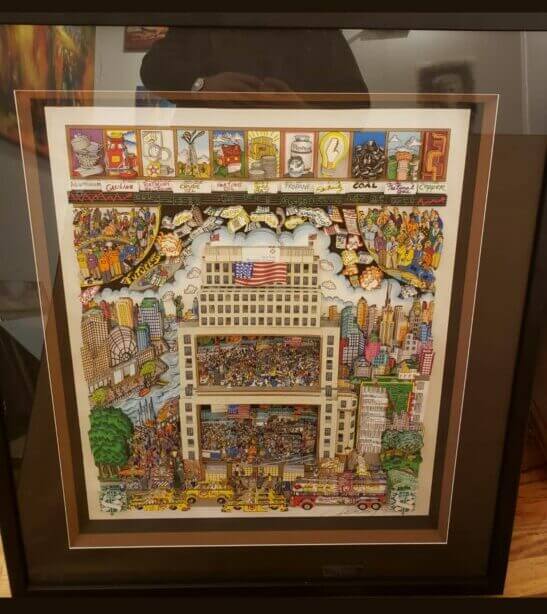 Charles Fazzino is an American pop artist known for his silkscreen 3D pop art style. His art highlights urban landscapes, sporting events, and celebrities influenced from his native New York. Charles Fazzino recently created pieces with a Jewish theme and we are proudly featuring them in our gallery. We are buying Charles Fazzino pieces of all kinds for cash. Collectors have been enamored with his ability to capture so much detail in one frame with a dash of humor and an array of colors. Fazzino was raised by two artists and has become a world renown artist. His art is sold and exhibited in galleries across the globe. 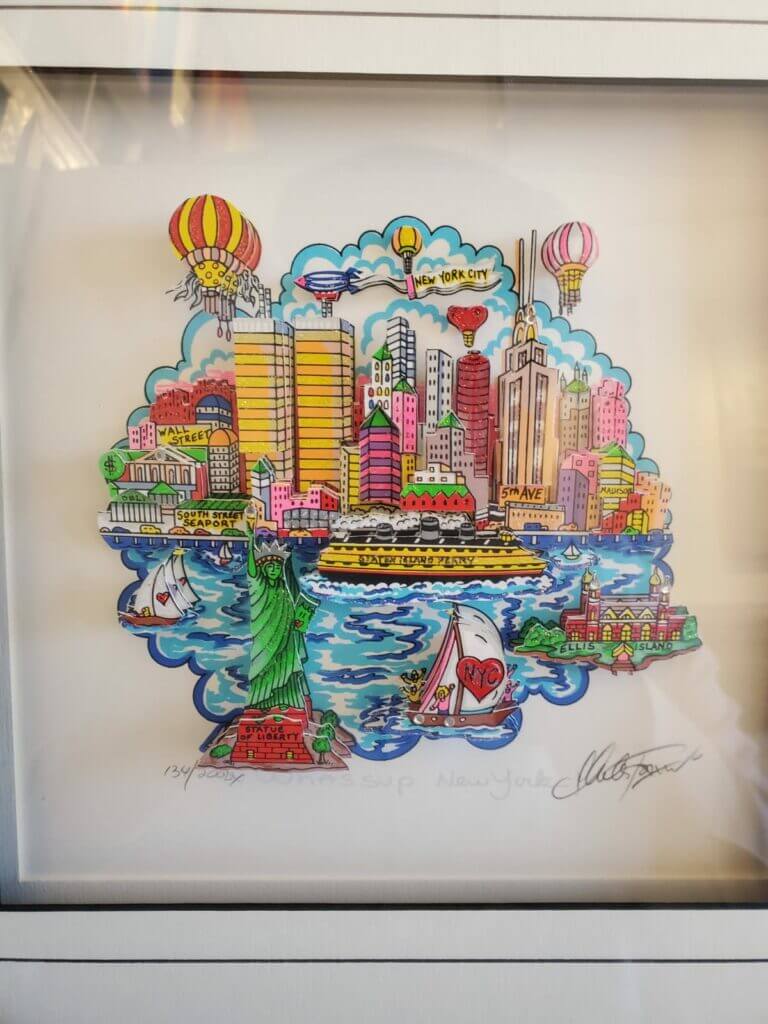 Fazzino’s three-dimensional creations are labor-intensive, they require a multi-layered process to complete. The artist begins with a flat drawing that is worked and re-worked for weeks or even months before the limited edition process even begins. The flat artwork is sent to a silkscreen printer who spends months hand-printing the flat fine art reproductions. The flat sheets return to Fazzino’s studio where more than 40 artists work under his direction, all by hand, to cut out the elements from cutout sheets and mount them onto heavier boards to create the 3D layered effect. Fazzino often equates the process of building up the layers of artwork to “layering it like a lasagna.” The 3D artworks are finished off by hand with glitter and Swarovski crystals. 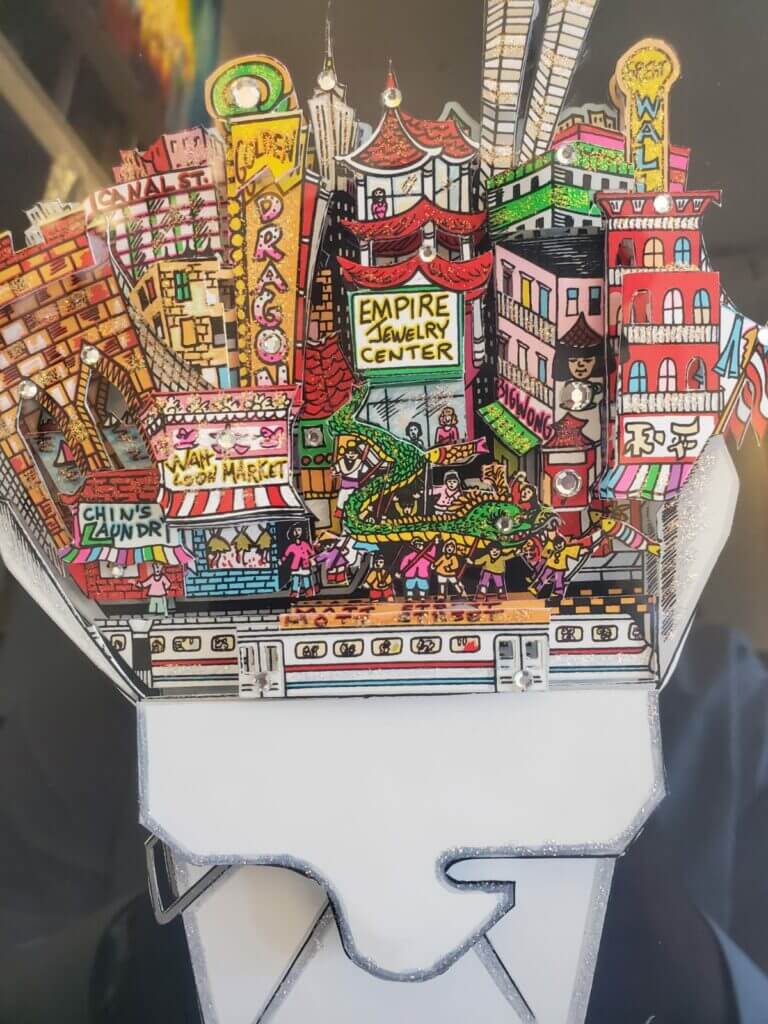 In 2017 a number of Fazzino artworks dedicated to the Heroes of the Holocaust were featured in an exhibit in the Holocaust Memorial and Tolerance Center of Nassau County. Fazzino was proud to pay tribute to those who helped save Jewish lives during World War II.