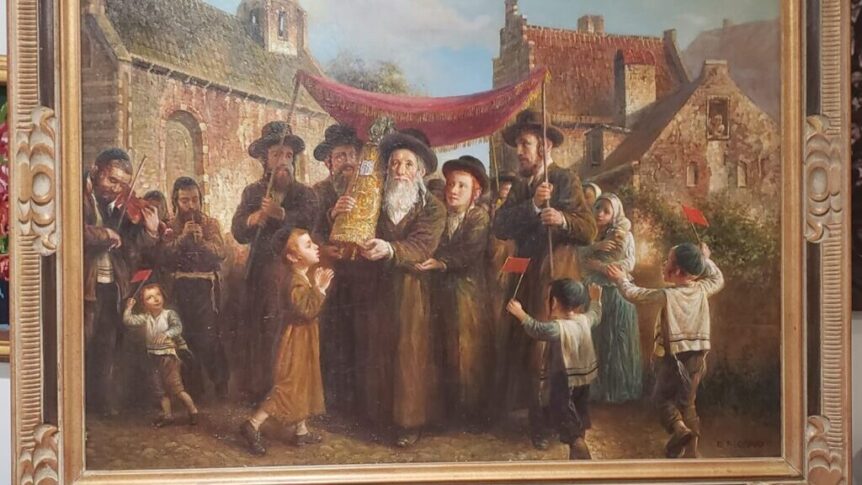 Leviim Jewish Art Gallery is sad to announce the tragic passing of Elena Flerova, a renowned Russian artist. She died at the age of 76.

Born in 1943 in Moscow, USSR, Flerova was surrounded by the arts- her father worked as an artist-designer and her mother was a theater director and teacher. She attended the Surikov Fine Arts Institute in 1969, graduating with honors. Afterwards, Flerova would be granted a scholarship to the National Academy of Fine Arts, a highly exclusive school.

Her paintings have sold for as much as $150,000, making her works some of the most expensive Judaica sold. Flerova’s paintings are also some of the most frequently replicated and knocked-off, a clear demonstration of her impact, skill, and talent.

“Absolutely museum quality,” says Isaac I., a collector of Flerova’s work. “…portrayed Jewish life in the most realistic way.”

His comments could not be truer: her mastery of the realism genre, the light and shadow and the paint itself create an honest glimpse into the scenes she painted. She also demonstrated an immense talent for painting in her technique- there was no sketch, no planning. She went straight for the canvas.

Not only did she paint incredible pieces, she was also an award-winning children’s book author. She won the first prize at the international competition “HERSTORY” in 2000

“One of the greatest Judaica artists of the century,” says Moshe Frank of the Leviim Jewish Art Gallery, located in the Brooklyn, NY.

There are major collections of her artwork all around the world and Flerova’s work has been featured in over 80 international exhibitions worldwide.

More of Elena Flerova’s works can be viewed at the Leviim Jewish Art Gallery website: https://leviimart.com/product-category/artist/elena-flerova/